Yamaha Mixes With The Best At Abbey Road 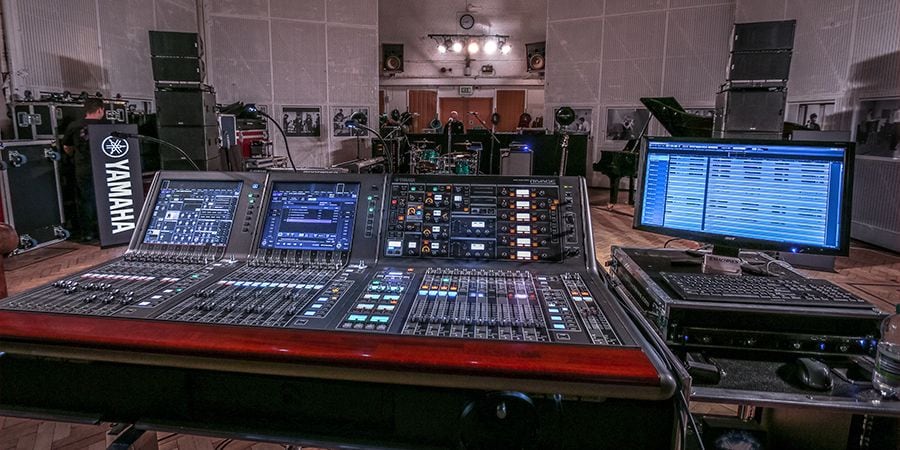 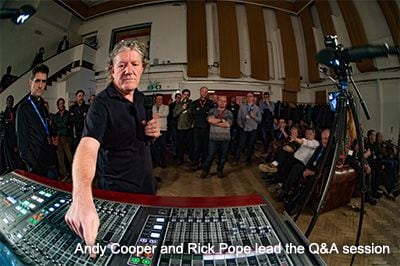 Although most famous to the general public for the groundbreaking albums recorded by The Beatles and producer Sir George Martin in Studio Two, Abbey Road has played host to a literal Who’s Who of the pop and rock industry, as well as many classic orchestral and film score recordings. So it was the ideal location for Yamaha to showcase its latest digital mixing technology.

After meeting for a complimentary lunch, followed by a bracing walk along Abbey Road to the studios, guests were welcomed by Chris. This was followed by an interesting potted history of the studios by its head of audio products, Mirek Stiles. 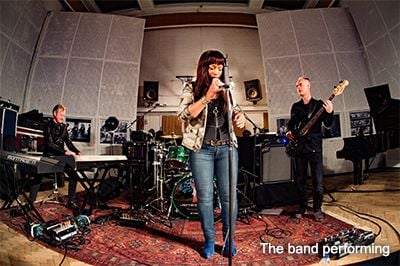 Yamaha’s Andy Cooper then hosted an interesting Q&A session with Rick, which included questions from the assembled guests. Rick spent much of 2017 on tour with the RIVAGE PM10 system and a highlight of the Q&A was his honest, direct response to being asked how many times the system has gone down: “Never”.

From here, guests were able to get hands-on with the RIVAGE PM systems - a brand new PM7, supplied by Subfrantic Production Services, and two PM10s. With Yamaha’s Tim Bamber, Christoph Haertwig, Hans Metger, Tom Rundle and Reece Stead also on hand to discuss the systems and answer questions, it gave guests unfamiliar with the systems ample opportunity to discover more. After a couple more songs from the band and a further hands-on session with the consoles, the event wrapped up around 6pm. 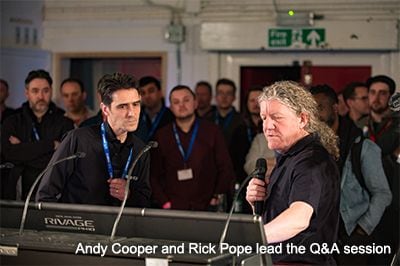 In the following days, Yamaha received many positive responses from attendees. A few examples included:

“It was great to view your latest products in a hands on demo, which I think was very helpful as well as being fun for all.” - Paul ‘Pab’ Boothroyd (FoH AC/DC, Paul McCartney)

“A great way to present a fine mixing system, so much better than the normal ‘death by PowerPoint’ we are so used to seeing. Well done Yamaha!” - Chris Wibberley (FoH - Imagination, Monitors - Eric Clapton, Ray Davies)

“Firstly, thanks for a great day at Abbey Road! The RIVAGE PM10 both looked and sounded great, the workflow is logical and the onboard TC M6000 means you might finally be able to lose the outboard rack!” - Tom New (FoH Queen)

“Yamaha put on a great day at Abbey Road, members of Jamiroquai providing entertainment with Rick Pope mixing them on a PM10. A Q&A Session with Rick and the opportunity to catch up with the Yamaha team….this is the way to do it!” - Mike Lowe (Director, Britannia Row Productions)

“I think the RIVAGE PM system has so much to offer and will certainly be my first choice console for the design work I do on a larger scale. It not only continues to offer the most comprehensive and reliable solution, but now also includes enough discreet mix busses that I won’t be constantly having to dust off the DME as the only solution for large scale surround sound productions!” - Nick Sagar (Sound Designer, Tree of Codes, Peter Pan)

“The day was a really well organised and useful event that will be remembered for not only a great band, but the great opportunity to meet with friends, both old and new, as well as learning more about the products from real world users. I couldn’t believe some of the people who were there and they did a great job to get everyone to turn up. Pizza and beer, works every time!” - Andy Simmons (Director of Sales, Orbital Sound). 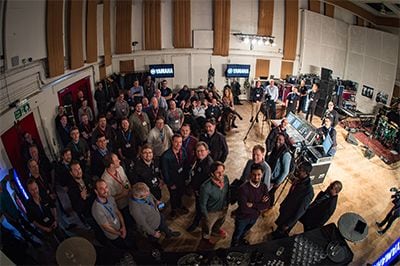 “I really enjoyed the Yamaha RIVAGE PM Workshop at Abbey Road, I left after getting hands on experience with a great console with some great features. I’ve always been a fan of Yamaha as the consoles have never let me down! Yamaha stepped up with the CL5 and again with the RIVAGE PM range. It’s a system that I would happily use on any show!” - Nikoma Bell (Monitors, Paul Weller)

“We are very grateful to all our guests who made this event such a tremendous success,” adds Alex. “Rick Pope, the band and the staff at Abbey Road Studios, the Subfrantic productions team, Yamaha and Nexo all worked very hard to make it happen, so it was very rewarding to receive many positive responses.” 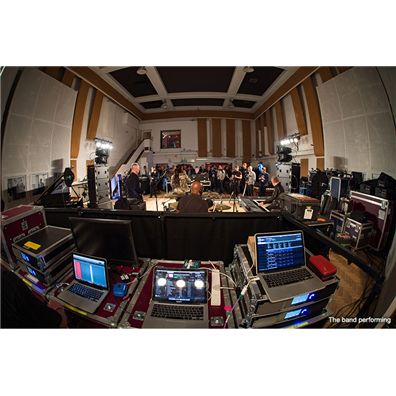 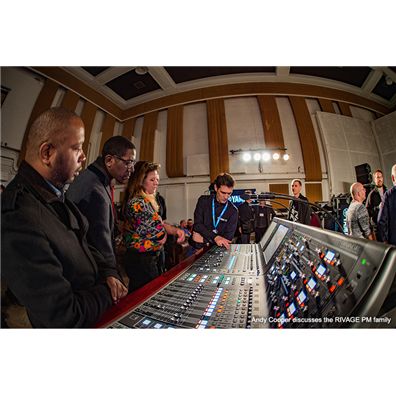 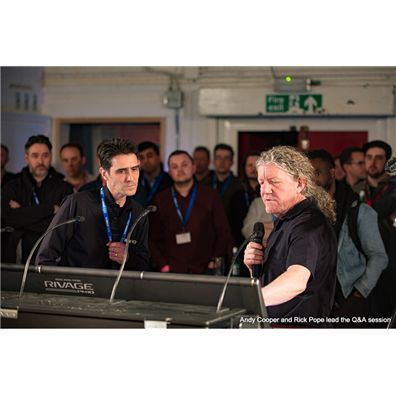 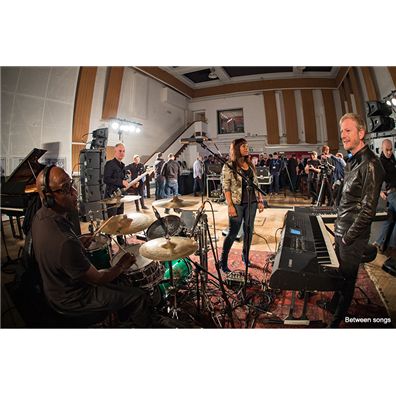 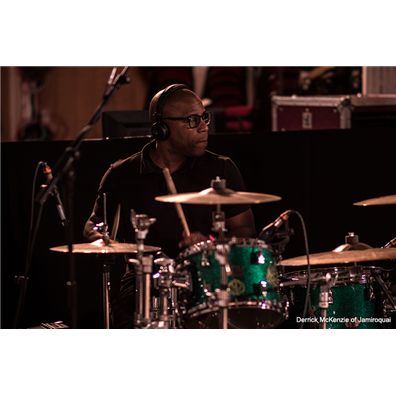 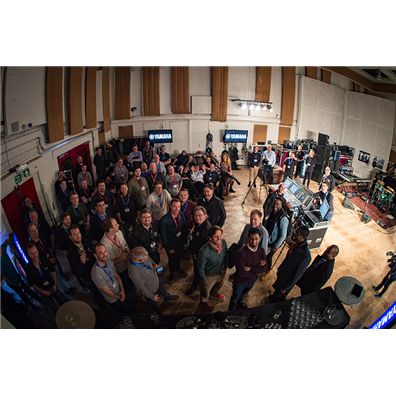 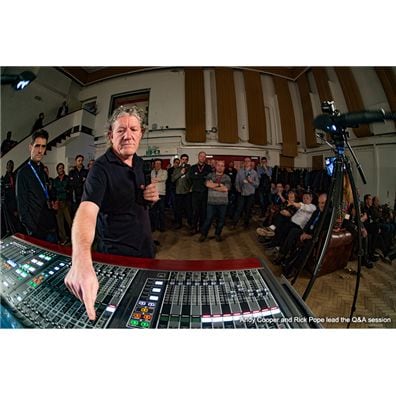 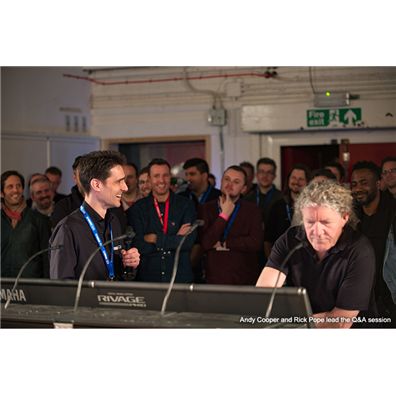 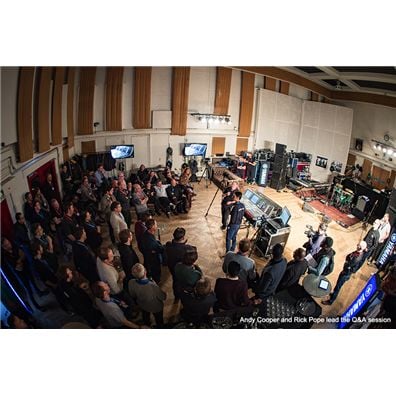 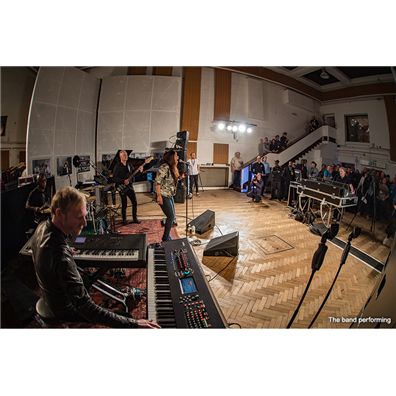 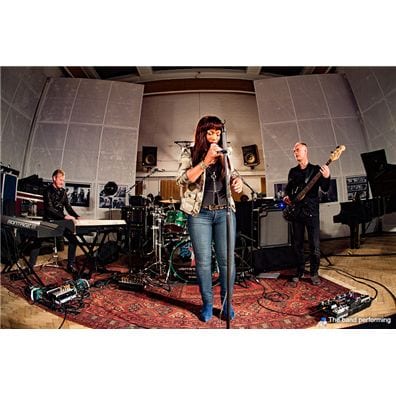 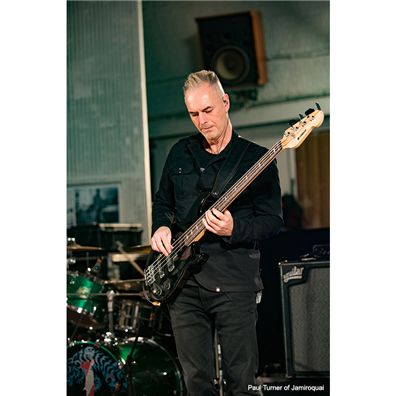