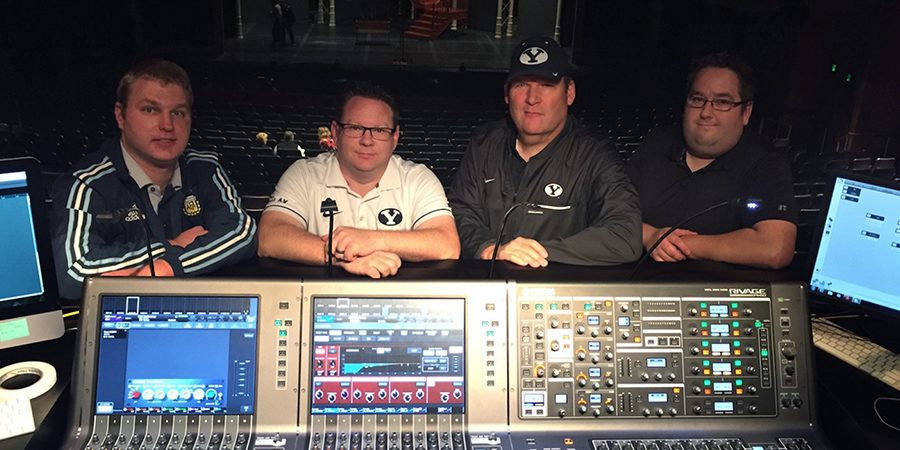 Brigham Young University (BYU) is a private university located in Provo, Utah owned and operated by The Church of Jesus Christ of Latter-day Saints (LDS Church). Excluding online students, it is the largest of any religious university and the third largest private university in the United States, with close to 30,000 on-campus students.

“The space is a multi-use hall, states Brad Wadsworth, Poll Sound. Every other year, the university has a large theater production requiring more inputs, including full-pit orchestra and 30-40 microphones. The DeJong Concert Hall is used for recording as well, and hosts all of BYU's elite music performance groups.” Church sermons are held in the concert hall as well as educational lectures, etc.

“Poll played an integral part in arranging PM10 demos, notes Aaron Kopp, Audio Production Manager, BYU. The decision to upgrade to a new PM10 was made based on the sonic quality, expandability, the Yamaha commitment to reliability, and stability. We are constantly looking at all brands of consoles in order to provide our students with a diversity of equipment. This is the console that made the most sense for the concert hall because of its quality and expanded features.” BYU audio production staff installed the console.

Regarding the sound, Kopp said, “the console sounds amazing, and the SILK feature really enhances the beauty of the musical performances with minimal EQ work” referring to the VCM (Virtual Circuitry Modeling) SILK processing by Rupert Neve Designs. “We use Dante to get our Qlab computer into the system, which makes it easy and provides us so many options on what we can do for effects in our theater productions. We also use Dante to get signal to our Dante-enabled monitor consoles and for using the Virtual Sound check feature.”