Yamaha Corporation announces that its Dear Glenn Project, launched to explore the future of music through the use of artificial intelligence, was awarded a Silver Lion in the Entertainment Lions for Music category at the Cannes Lions International Festival of Creativity 2021, which was held online from June 21 to June 25 and is the largest gathering of the advertising and creative communications industry worldwide.

Cannes Lions was established in 1954 as an international advertising festival and award and now boasts more entries and attendees than any other advertising and creative communications industry festival or award in the world. After being cancelled last year due to the COVID-19 pandemic, this year's Cannes Lions awards included entries from both 2020 and 2021. A total of 29,074 entries across 28 categories from 90 countries were received, and 18 works were chosen to receive awards from a total of 407 entries in the Entertainment Lions for Music category.

This was the first Yamaha project to receive a Cannes Lions award. 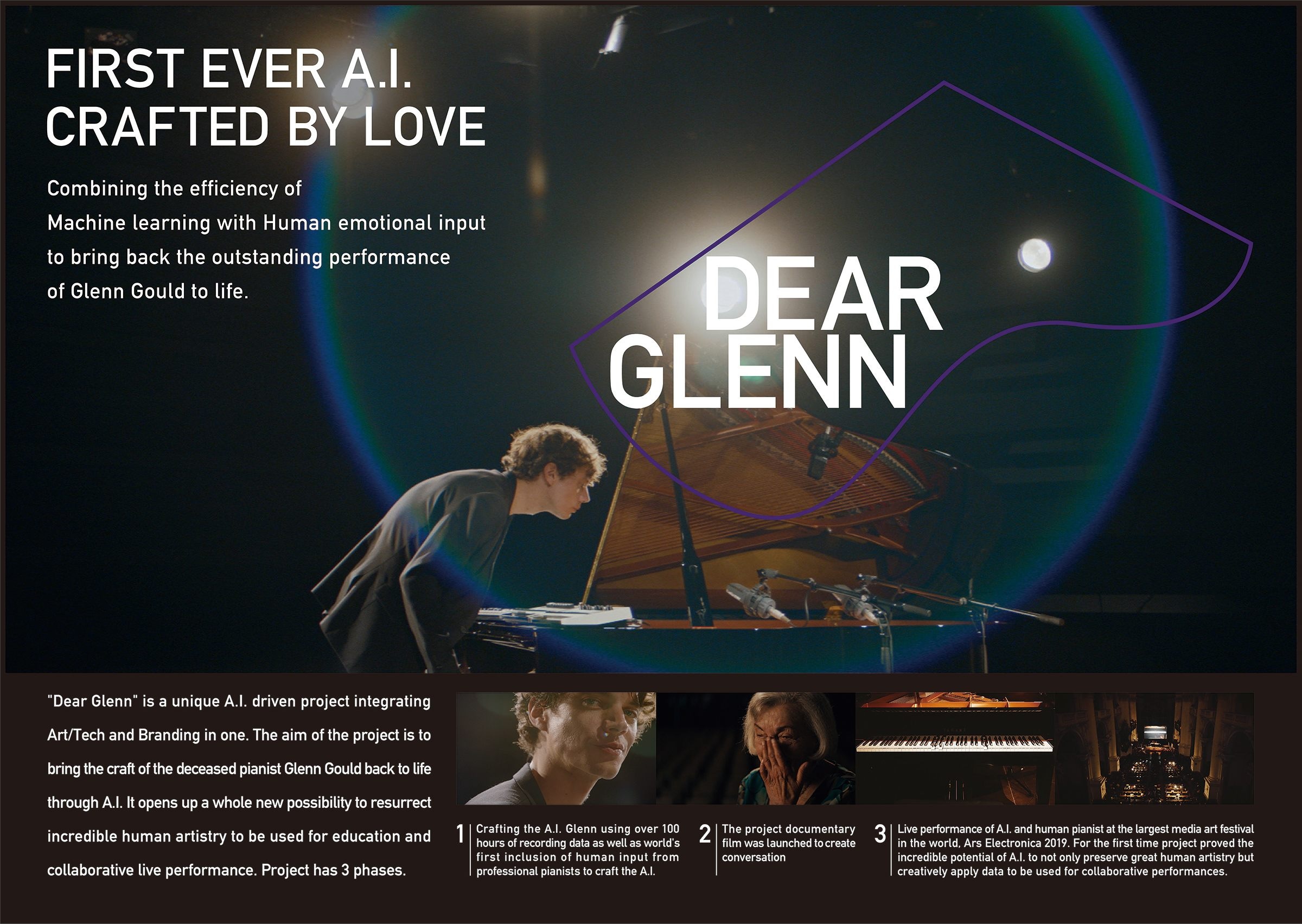 Dear Glenn is a project inspired by Glenn Gould's unique creative style and launched to explore the future of music through the use of artificial intelligence. The project to develop this system has been dubbed "Dear Glenn" as a tribute to the artist's attitude, which was the inspiration for the idea behind the project.

Guided by the theme "An A.I. system crafted by love, " the Dear Glenn project has developed an artificial intelligence (AI) piano system that is capable of playing any piece of music in the style of late legendary pianist Glenn Gould while interacting with humans in a music ensemble, as can be seen in the project's Dear Glenn documentary film. On September 7, 2019, the AI system gave its first public performance at the Ars Electronica Festival in Linz, Austria, one of the world's largest media arts festivals, which included a solo piano performance and a concert performance together with several renowned performers of today.

Yamaha is confident that, through this project, it has taken steps toward presenting new possibilities in musical expression via co-creation and mutual inspiration between human musicians and modern AI technology.

Other AI-Related News Releases from Yamaha

・Yamaha Artificial Intelligence Transforms a Dancer into a Pianist